Working at Mintlayer - Build a Future-Proof Blockchain with Bitcoin Infrastructure

If you are passionate about blockchain and haven’t heard of Mintlayer yet, you’re missing out. The San Marino based company, founded in 2020, has created a future-proof blockchain that improves direct token interoperability and enables ways to trade value, create systems, functionalities, and participate in truly trustless finance. Mintlayer’s protocol eliminates Ethereum’s flaws and enhances its features on the Bitcoin infrastructure.

The new, smart contract platform was built as a sidechain on the Bitcoin network. It’s inheriting the security model from Bitcoin while having the advantages of smart contracts, decentralized exchanges, facilitating Stablecoins and security tokens. Mintlayer is its own unique chain, but utilizes Bitcoin blocks for security purposes and connects to the Bitcoin blockchain for interoperability and other useful features. 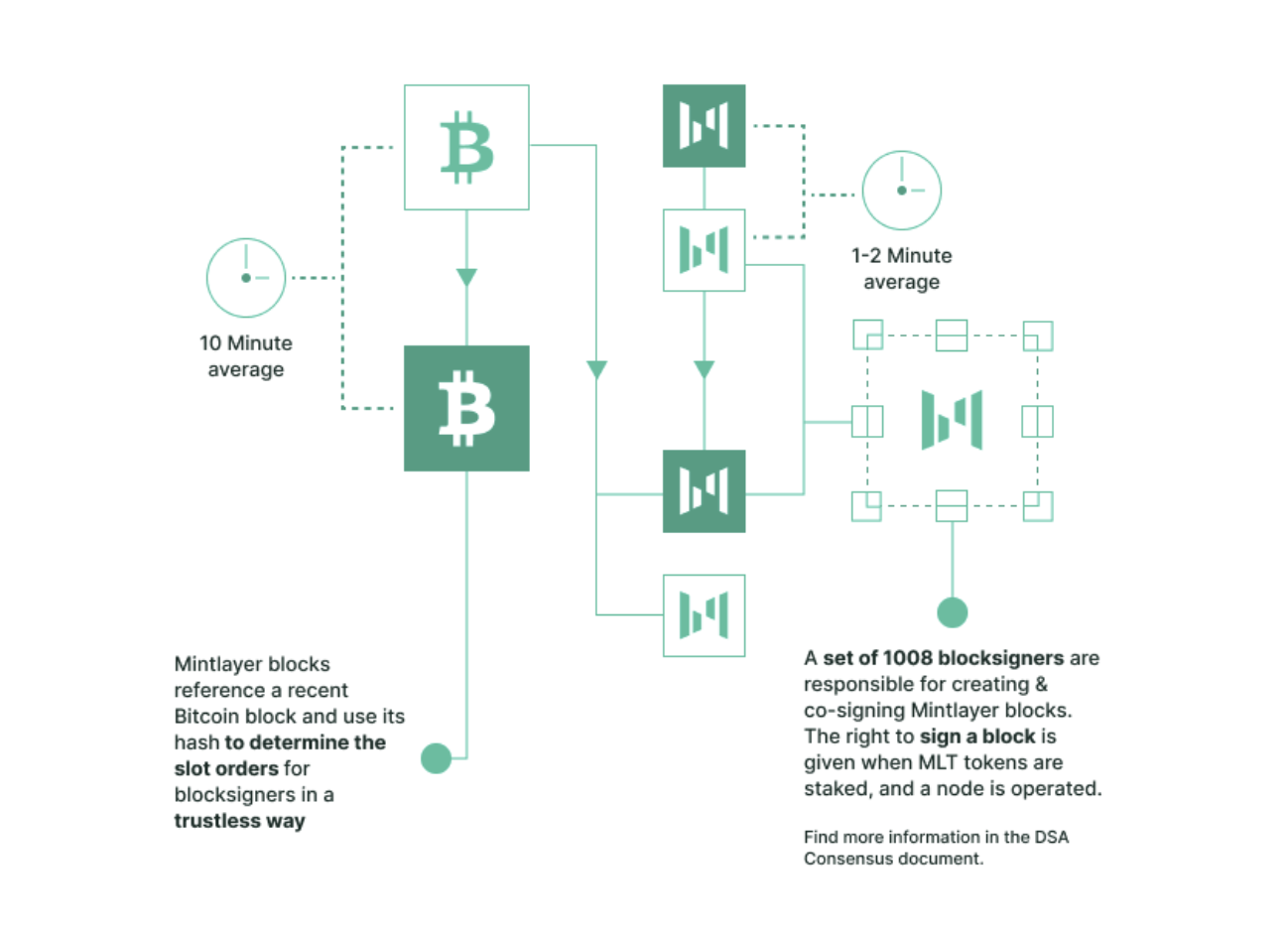 With Mintlayer, open-source development meets community-governed finance. Since providing free access to financial markets is essential to societal progress, Mintlayer acts as a ground for others to build open capital systems on, developing the future of blockchain-based finance.

They have committed to building a ground for others to build upon. For the creative to find new, less costly ways of operation, for innovators to develop the tools that replace previous inefficiencies, and for the community to grow, in a future where finance is open for all.

To learn more about Mintlayer’s technology and how their blockchain works take a look at their whitepaper. For a more brief description, you can also check out this article.

Although still at the beginning of their roadmap, Mintlayer has already gathered a large team of highly professional individuals. This includes people in charge of cryptography, research, tokenomics, marketing, and engineering. They are still looking to expand their team, if you’d like to join the team, take a look at their open roles here.

We’ve recently sat down (virtually) with the founder of Mintlayer, Enrico Rubboli, asking him about the company’s exciting journey so far and their plans for the future.

Tell us about Mintlayer’s journey so far. Why did you decide to create the company?

I started Mintlayer in 2020, after leaving Bitfinex, a large crypto exchange and doing a bit of freelancing. I chose San Marino, which is a microstate within the Italian borders because back in 2019, where I first thought about creating Mintlayer, they were already regulating the blockchain environment, making it easier for us to operate.

After defining the Mintlayer project, it took some time to get to the point where we are now. When defining the consensus system we thought it would be a good idea to find a way to get the DeFi space closer to the Bitcoin ecosystem, which at the moment is mainly used just as a store of value and medium of exchange. The development of the Bitcoin blockchain is quite conservative and takes a lot of time and precautions, which is a good thing for a monetary system, but if you add a more vivid ecosystem around its blockchain, with layers on top of it and elements of speculation, you end up creating an ecosystem where users and traders can differentiate their investments. That was the main idea.

We’ve also kept an eye on the security token, which is something that we really believe in, and which is actually being regulated in San Marino, and not in a lot of other places. I'm glad to see however that it’s getting traction in Germany and Europe in general, the United States and Singapore, so we’re slowly getting there. We built Mintlayer especially with an eye on that. The recent hype around the stock token of Coinbase is a confirmation that this is the way many entities in the crypto world are looking at. They are just the precursors and many others will come. We believe that it is the future of finance and there is no need to rush to get there since the Mintlayer project can survive the bull run and the initial hype and can actually scale globally.

What is your vision for the future of Mintlayer?

The plan at the moment is to get to the mainnet, which we’re planning for the Q1 of 2022, so currently, we’re building that. We also have a lot of things to do in terms of development starting from the improvement of the mainchain itself, and building components on top of that. For the future, we think that at some point the company will transform itself from creating the product to a consultancy that can help other companies to build on top of our product, which couldn’t be attributable to a single company anymore, since the governance will be decentralized and we will only be seen as contributors.

You can see more details about our plans for the future in our roadmap.

Can you tell us a bit about your tech stack?

The core of the system is built on Rust programming language and is using Substrate technology as a framework. There are other components that we still have to define, in particular related to the functioning of the decentralised exchange and mobile wallet. But we will polish all those details once we get to it, that is once we have done with most of the fundamental parts of the architecture of the blockchain, so I would say we are a few months far from that. At the moment it’s just Rust and some Strip. 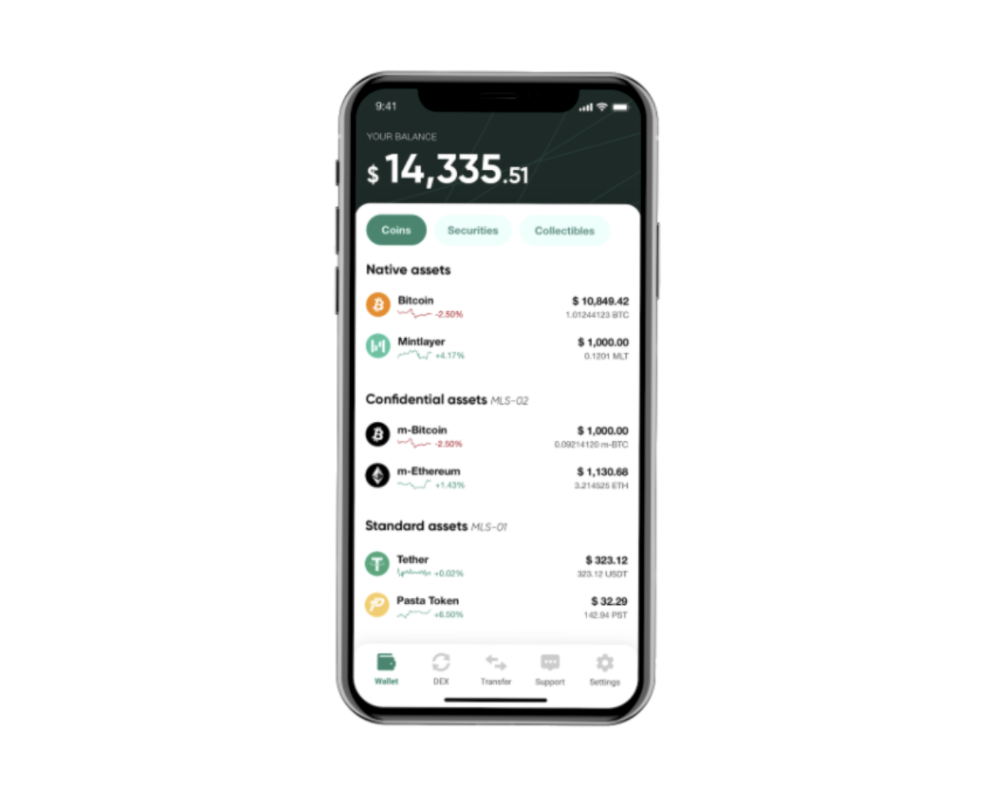 What are the biggest challenges when building the product?

When you work in a decentralized environment, you have no control of the nodes. You always have to assume that the counterpart that your node is talking to is malicious and so there are a lot of assumptions you have to make from the security point of view. I think this is the most challenging - but also exciting! - part when developing a blockchain.

Another challenge we have - which has less to do with the technology - is successfully coordinating the remote team. Although initially, we were trying to stick to the European time zone, we already have people working from the United States so I think it will be a little challenging to work with a team that is in multiple locations.

Speaking of the team, what kind of team and team culture are you trying to build?

First of all, it’s important that we all hold the same values and principles on both personal and professional levels. And since we believe in the idea of an autonomous system we’re also trying to decentralise the team. Obviously, it’s not possible to have a fully decentralised team, we will maintain the elements of coordination and permanent collaboration, however, we will allow, especially more senior developers, to self manage and be quite independent in their work, while contributing to the project’s roadmap.

Another thing we’re looking for in our team members is for them to be able to contribute not just in terms of the software but also with new ideas. Being open to other people’s contributions and ideas and being able to both receive and give feedback to others is also very important for us.

Although we are all for remote working, we also have an office in San Marino for the team members who want to join us there. Once the situation with COVID-19 is better we’re also hoping to meet in real life more often, organise company retreats and events that we can all join together. We’re also encouraging and are very open to members of the team who want to participate or even speak at industry conferences or other events.

We’re keeping it simple for the interviewing process. We usually start with a technical assignment for the candidates followed by a few calls with the team where we get to know the candidate better trying to understand their technical background as well as motivations and future plans.

We’re looking to scale our team to 10x this year so you should definitely check out our open roles and apply if you’re as passionate as us about building a long-term, secure solution for scaling and accelerating the future of decentralized finance!