What is GameFi — Play to Earn?

GameFi has become a trending topic in the video game community and the crypto community, especially after the boom of Play-To-Earn tiles like Axie Infinity.

Several video game developers are keen to explore blockchain technology and implement it in their products. This was the case with Ubisoft, the video game giant that partnered with blockchain company Tezos to launch a decentralised marketplace for trading in-game NFTs from their titles, starting with Tom Clancy’s Ghost Recon Breakpoint.

GameFi —also called Play-to-earn (P2E)— is playing video games and earning money while you’re doing it, all thanks to the combination of gaming with decentralised finance (DeFi) and blockchain technology. Players earn digital assets for their success in the game, whether through quests, single-player campaigns, player-vs-player (PVP) or any other in-game mechanisms.

These digital assets can be cryptocurrencies, such as Bitcoin (BTC) or Ether (ETH). The integration of blockchain technology also allows the trading of in-game NFTs through a decentralised marketplace, and we have Ubisoft as an example. In December last year, Ubisoft announced the debut of Quartz —an NFT marketplace built on the Tezos blockchain. In addition to earning money with their favourite games, gamers are now able to make a profit by trading in-game NFTs on the platform.

However, the best example of this is Axie Infinity, an online P2E video game created by Sky Mavis. The game features a Pokemon-inspired game style where players battle against other players to win SLP and AXS, both in-game utility tokens that can be traded in the DeFi market. To date, Axie Infinity is the third-largest NFT platform with a selling volume of over $4 billion. 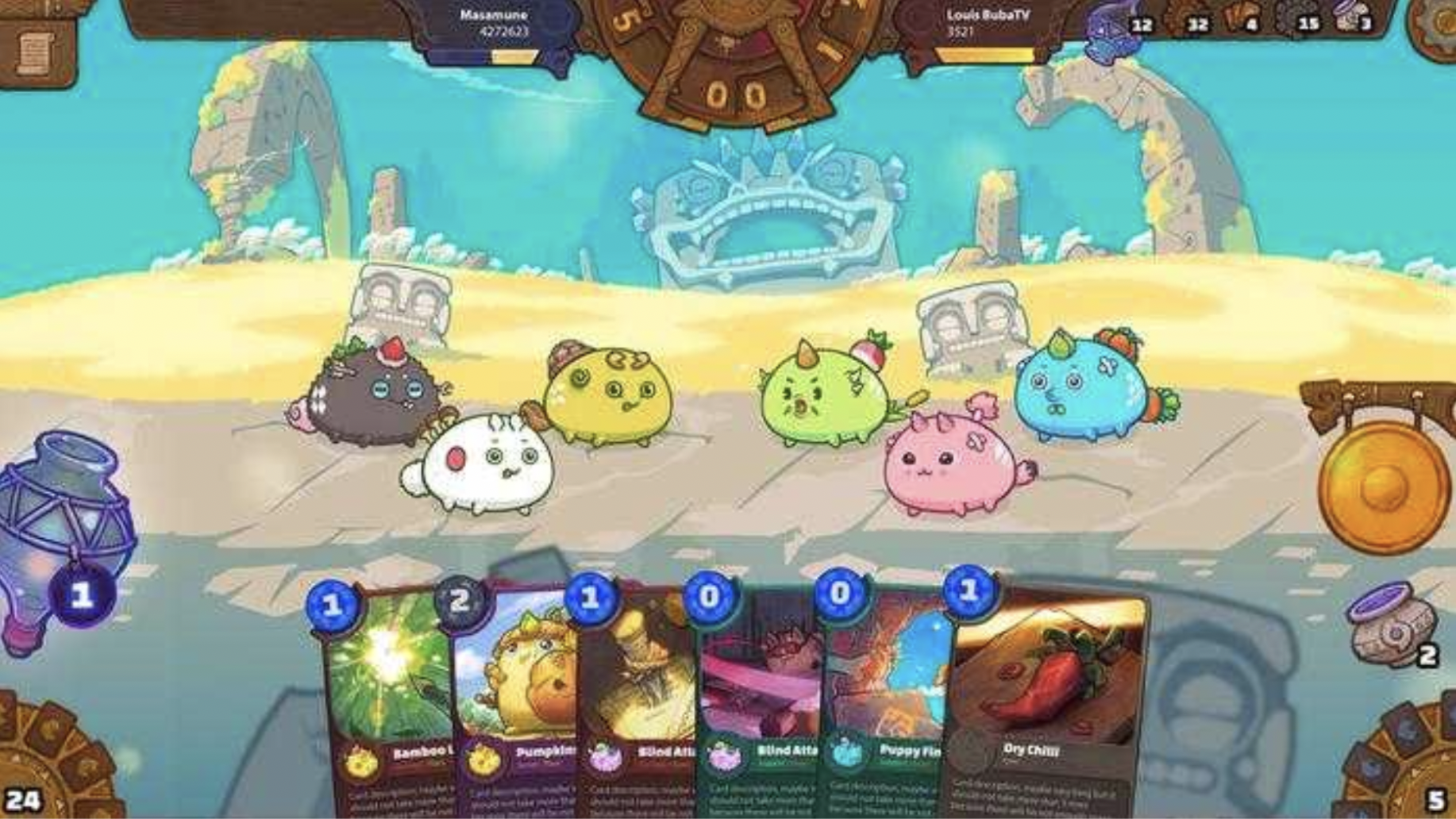 During the COVID-19, P2E games were the main source of income for many families, especially in third world countries that were heavily hit by the pandemic. The Philippines was one of the first countries where Axie Infinity became the main source of income for families, as Filipinos couldn’t go to work as the economy was shut down, but most households had a computer or mobile device and an internet connection. The revenues were more than enough to pay for bills and food. Soon after, almost everyone in the world started playing Axie Infinity. 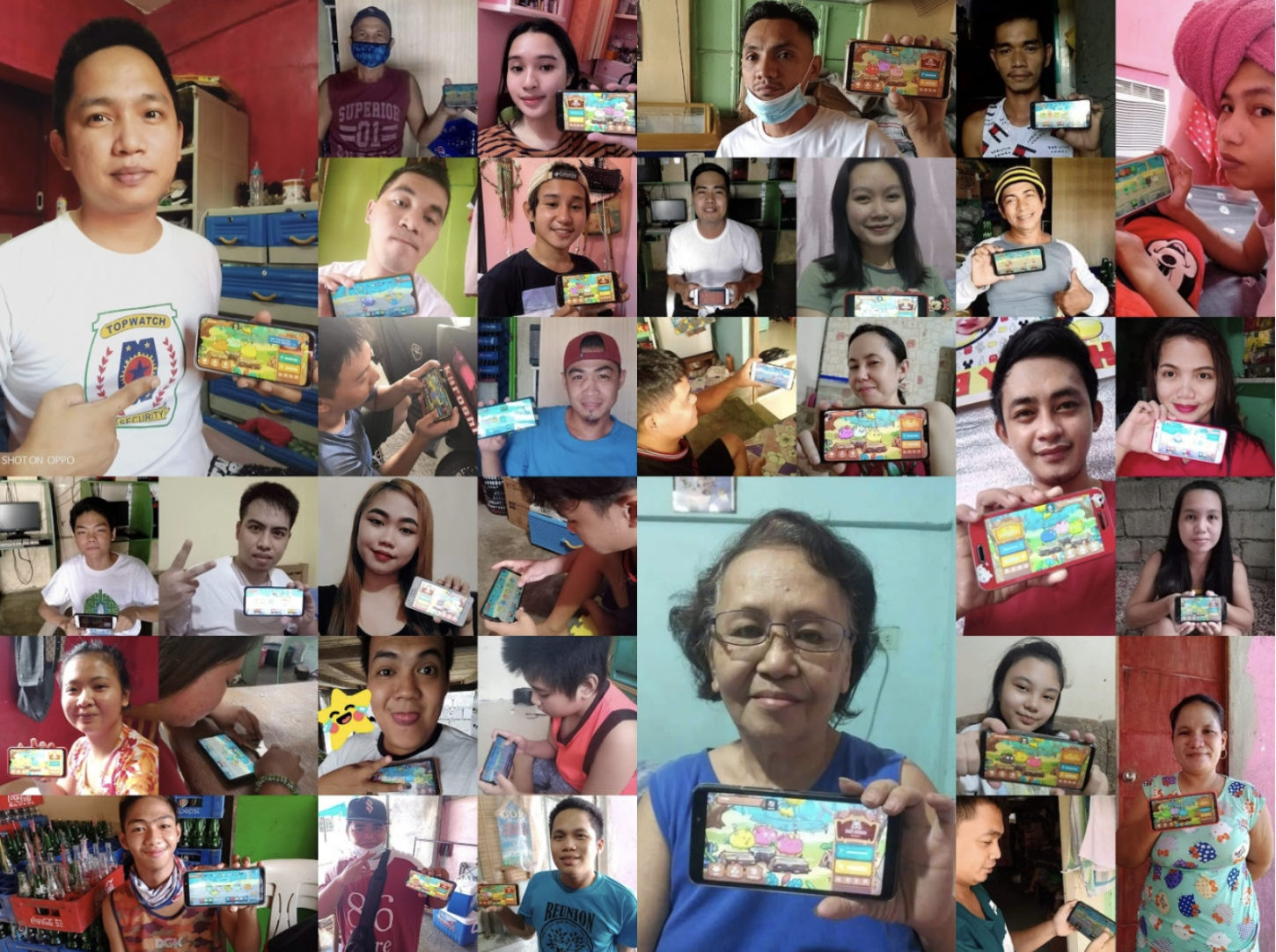 You might say that video game economics already existed before the rise of GameFi, and it’s true.

For instance, in Pokemon World, we have the Pokemon Dollar, which is the currency you receive for winning online battles against other players. There’s also the V-Buck, used in the popular battle royale.

The problem is that most of these assets couldn’t be sold in the real market, because they didn’t have value outside of their metaverse.

How Can Blockchain Change the Gaming Industry?

One of the main goals of integrating blockchain into the gaming industry is to bring:

Blockchain, combined with the power of decentralised finance and NFTs, can drastically change the gaming industry. Usually, in-game assets were restricted to centralised platforms, and gamers weren’t allowed to buy, sell, or trade their digital assets, such as collectibles or memorabilia, outside of the platform.

The concept is simple: to merge video games into the metaverse. By implementing blockchain, gaming companies can create financial marketplaces to allow gamers to trade in-game digital assets with real value, charging a determined fee on each transaction. It all depends on how well gaming companies execute their strategies to generate more revenue. We could even see a future where gamers can trade different assets in different markets.

Is GameFi a Good Investment Idea?

The GameFi ecosystem is very appealing to investors and gamers alike, but it really comes down to what you want to make of it.

If you just want to have an extra income by playing P2E games, then you can start with Axie Infinity. To do so, you must first set up your team of three Axie creatures (this could be: one attacker and two tanks, for example). A standard team could cost around $200 - $300. If this sounds like a lot to start playing, then you might want to get a scholarship and play with a borrowed team and share the revenues. Usually, scholarships come in 70/30, meaning you receive 30% of the generated revenue and the owner takes 70%.

But if you want to invest in GameFi projects, you can buy a certain project’s native token, such as the AXS. It could be a great investment as the ecosystem is still in its infancy, and more high tech companies are coming into the space. With so much capital flowing in, the GameFi industry could be a lot bigger in the following years. However, there’s still a lot of room to work on.

Despite the potential, the GameFi ecosystem suffers from certain limitations, starting with scalability. Transacting with digital assets in decentralised marketplaces is not the same as transacting with traditional financial entities. It requires a system with high throughput and speed to sustain a network of participants who are actively trading assets.

Most P2E titles and NFTs markets are built on the Ethereum network. But the network congestion and low throughput on the Ethereum blockchain has significantly downgraded transaction speed while increasing gas fees. This has turned into a terrible user experience for gamers —the reason why Axie Infinity had to create its own blockchain: Ronin, a fully-fledged blockchain with cheaper gas fees and higher transaction speed.

Blockchain games, however, might not be appealing to all players and lack an attractive monetisation system. On top of that, some games are poorly designed, buggy, or don’t have an original or interesting theme.

What Are Some Good Titles to Invest in?

Many analysts are forecasting a profitable and positive 2022 for the GameFI industry as more DeFi projects are becoming more popular among the general audience. Some of these projects are Star Atlas, Decentraland, Sandbox, Illuvium, and more. By now, Axie Infinity and Sandbox are leading the scene with record-breaking revenues each year.

Keep an eye out for recent developments in the GameFI sector. There are numerous projects working on titles that can leverage the best of blockchain technology while still being fun to play.

Blockchain technology is already revolutionising how we see and manage our finances. But its massive potential is rapidly spreading to other fields, now taking over the gaming industry and shaping its future.

While there’s still a lot of room for improvement, the GameFi sector is already booming, and we could soon see more gaming companies joining the ecosystem, which could give it a big boost.