The blockchain, the underlying technology of the cryptocurrency bitcoin, is an ingenious invention.

Created in 2008 to serve as bitcoin’s shared ledger by a person or group of people known by the pseudonym Satoshi Nakomoto, the technology has evolved into something that is now being used in various industries. Introduced initially within the finance sector as a way of recording financial transactions via an immutable public digital ledger, the blockchain is now being used within humanitarian, supply chain management, healthcare, education, insurance, and land registry industries, to name, but a few.

Over the last few years the blockchain has garnered increasing attention. So much so that companies have been adding the word blockchain to their corporate identities in order to multiply their worth many times over. Yet, it is because of the heightened interest that the technology is experiencing that many of the uninitiated are beginning to question: what exactly is the blockchain?

Why Is It Called the Blockchain?

The blockchain is essentially called the blockchain because of what it does. It stores transaction data in blocks that are then linked together via a chain. As the number of transactions gets completed and confirmed they are then added to the chain, secured using cryptography.

Each block has a hash of the previous block, a timestamp, and transaction data, which may pertain to digital currency, voting records, or land registration details. Importantly, all the information on these records is publicly available, so transactions that get added to the chain are instantly visible to everyone. Not only that, but as the technology is decentralized there is no one entity or computer that has control over it to function. This is unlike a centralized authority such as a government or a credit card clearing house.

To simplify the idea of what a blockchain is, consider the metaphor from William Mougayar, the author of The Business Blockchain. According to him, blockchain is like Google Docs.

Mougayar once said: The traditional way of sharing documents with collaboration is to send a Microsoft Word document to another recipient, and ask them to make revisions to it.

However, the problem with that, he said, was that you had to first wait for a return copy before you could see any changes that had been made to it.

Yet, he added: With Google Docs (or Google Sheets), both parties have access to the same document at the same time, and the single version of that document is always visible to both of them. It is like a shared ledger, but it is a shared document. The distributed part comes into play when sharing involves a number of people.

Additionally, because the blockchain stores these blocks of information across its entire network, it is incorruptible and has no point of failure. 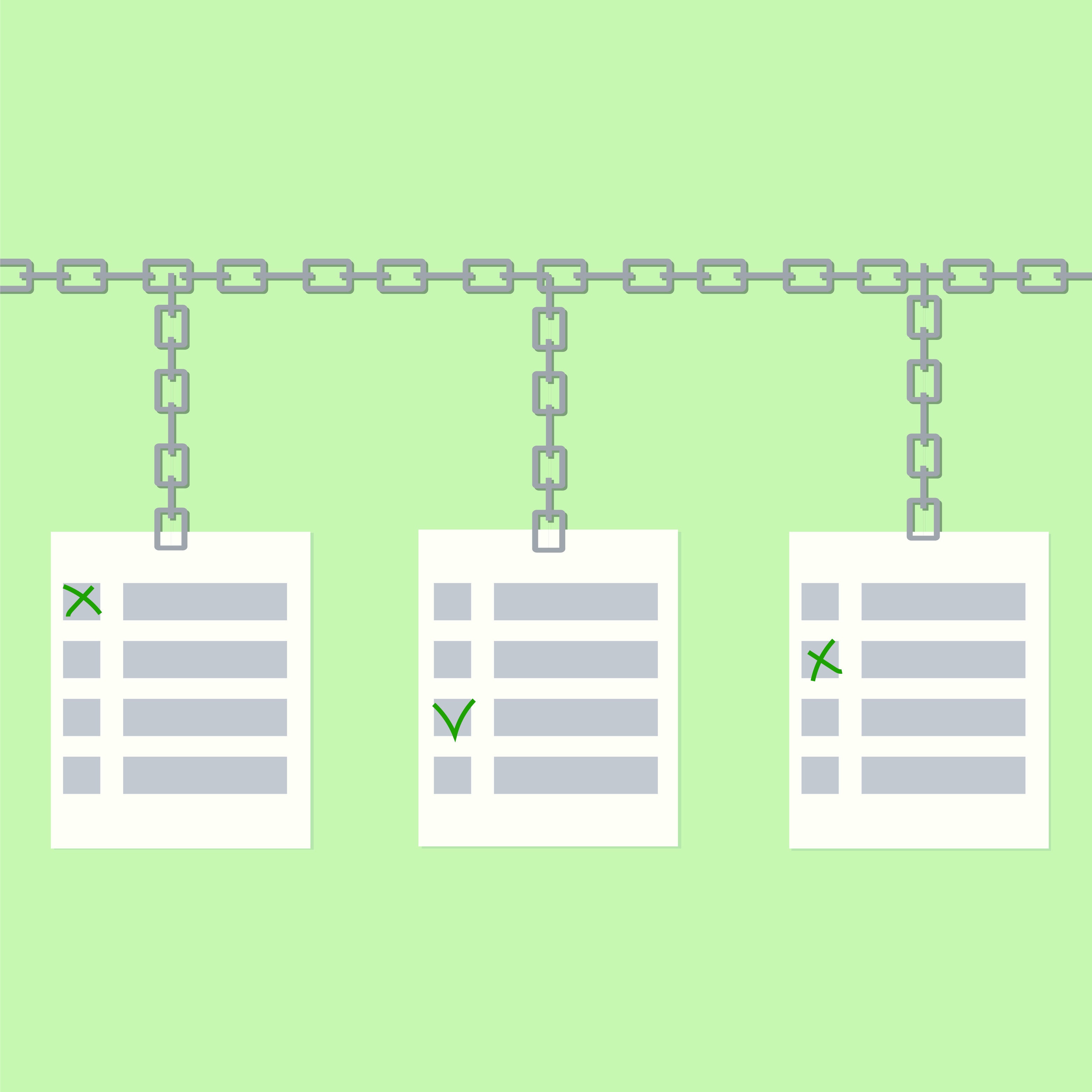 How Does it Work?

For the blockchain to function, a transaction needs to be recorded and confirmed through a consensus, which in bitcoin’s case is via proof-of-work.

Alice sends Bob some money. The information on the transaction is then shared with the other computers in the blockchain network. In order to become the first to confirm the transaction, the network challenges each machine that stores a copy of the ledger to solve a cryptographic puzzle. The one to solve the puzzle wins and receives a cryptocurrency reward in the process, known as mining, with all the other machines updating their ledgers to match that of the winning team. The completed block is then added to the previous block on the chain. This is done every 10 minutes.

The chain is then secured via the hash, which is a link between blocks that makes them virtually unbreakable. Through a hash function information is taken from each block to create a hash, a unique string of characters. The hash from one block is added to the data in the next, so that when the next hash function is created a trace of the previous one is added.

As a result of this, the blockchain enhances trust across a network. It’s not that someone may not trust another individual, but with the blockchain network you no longer need to. And as everyone has an entire copy of the ledger any attempted tampering can easily be detected.

Enhanced Security via the Blockchain

If you own any cryptocurrency you will have a private key, which is a long password to its address on the blockchain. It is this key that lets you withdraw your digital currency to spend. However, if that key is lost then there is no way of reclaiming it and all funds will be lost.

Each account will also have a public key. This key lets others send cryptocurrency to your account.

If you send or receive money then that information is publicly available on the blockchain. Your identity may not be known, but the value that has been transferred from person to person will be visible.

That is, essentially, what the blockchain is.

See other articles by Josh