Everything You Need to Know About Tezos

I first came across Tezos on the Epicenter podcast through one of the guests on the show, Olaf Carlson-Wee. Olaf heads up a hedge fund called Polychain capital and was one of Coinbases’s first employees, stories from his early days at Coinbase are worth it for the listen alone. He discusses some of Polychain Capital’s investments, including a “Self-amending cryptographic ledger” called Tezos.

So, who or what is Tezos? According to Tezos.com:

“Tezos is a decentralized blockchain that governs itself by establishing a true digital commonwealth.”

Tezos was built to allow formal verification, an approach which boosts the security of smart contracts whether they are worth $1m or $10 and can safeguard even the most sensitive information, by mathematically proving the code behind the transactions. First generation blockchains (Bitcoin and Ethereum) have given too much power to core development team and miners and have had teething issues including; block size, scalability worries and large scale hacks which have become roadblocks in the progression of these technologies

Tezos came into being as a whitepaper in September 2014 but development had begun earlier that year. It was then presented by Arthur Breitman at StrangeLoop in September 2016 which you can watch here:

Before going in-depth on the technical side of the technology, he also talks you through the thinking behind why Tezos aimed to create a self-amending ledger.

He briefly illustrates this through an analogy using a game theory solution called ‘the Shelling point’. Shelling point is what people will naturally fall back on in the absence of information (through lack of communication) because it feels natural or relevant to them. The example he gives is “if you had to meet someone at a certain time in a certain place in Paris, what time and where would you go assuming the other person also received no information?”

Well? Yes, “Under the Eiffel Tower at midday” is the correct answer! Well, kind of. If we take a broader look at the theory behind this, when you think about it, most power is in fact held through game theoretical equilibria – an attribute which often leads to centralised power.

What happens when the rules or beliefs you have in place are no longer relevant or beneficial to the people that obey them? In an ideal world you would be able to change them? This is the basis of a game called Nomic invented by Peter Buber, in which changing the rules are a move. The primary activity of Nomic is proposing the changes in the rules, debating the wisdom of changing them in that way, voting on the changes, deciding what can and cannot be done afterwards, and doing it. But even this core of the game can be changed, which is why this he referred to this as the ‘Paradox of the Self-Amendment’.

Since the introduction of blockchains a questions often asked is “who controls a decentralised platform?” You could argue that the algorithm does, but then what about the miners? They could collaborate and decide to change the blockchain and determine a new “truth”. We can’t forget the core developers who tell us the protocol and decide what we need to do and then we also have stakeholders who hold the bitcoin.

All blockchains offer financial incentives for maintaining consensus on their ledgers but none of the other options offered an on-chain system to amend the rules governing its protocol and funding the development of protocol itself. This has empowered a centralized group of core development team and miners that formulate design choices, which are the antithesis of what this this technology was created to prevent.

The solution Tezos has offered;

This means that when a developer offers a protocol upgrade and the protocol is included in the upgrade they are compensated for their work. This approach “provides a strong incentive to improve the core development of the Tezos blockchain” and naturally decentralizes the maintenance and upkeep of the network.

Developers receive tokens for compensation and are not only used to power smart contracts in the network but it also allow votes on changes to the protocol. Another key difference from most other blockchain technologies is the ability to create bounties for implementation of specific features or bug discovery which is possible thanks to the ability of stakeholders to liaise on-chain.

Tezos is launching on a proof-of-stake (PoS) model, rather than the proof-of-work method used by, say, Bitcoin. This means the consensus algorithm is amendable, on-chain by the Tezos stakeholders. This PoS system works by letting each stakeholder designate one or many nominees to create blocks and validate on their behalf. Nominees that have high stakes delegated to them will be called upon more often to create blocks.

“Though the Tezos system is delegated, every token holder can participate as a delegate regardless of the amount they hold”

So you want people to be able change the rules, like in the Nomic example above, without making one of the rules a prevention of any further rule changes which in this case is prevented by making sure rule changes are validated by others.

Who is behind Tezos?

A US-based company called DLS (Dynamic Ledger Solutions) is behind the blockchain and was co-founded by Kathleen and Arthur Breitman. The core developer team is only ten strong and is primarily located in Paris. This team is not the only contributors to the Tezos project but will continue to play an important role in its growth.

Tezos decided that it would be beneficial for the network if a non-profit organisation could help guide them in their early days while they set up a robust government model. The Tezos Foundation is an “independent Swiss entity whose goal is to promote and foster the use of the Tezos blockchain…”

The DLS team also received backing from ten entities for the year leading up to the token sale, three of which were hedge funds with the remainder being high net-worth individuals.

The Tezos Foundation oversaw the initial fundraiser which began on July 1st 2017 and raised a whopping $232 million to shatter previous ICOs to date. This lasted until 2,000 bitcoin transaction blocks were processed, collecting a total of 65,630 BTC and 361,122 ETH. There is a detailed table in the Tezos overview document which details how each of the funding pools will be rewarded along with foundation planning scenarios ranging from $1m to $20m. When you compare the $232 raised with the $20m annual rate scenario (this was the “Mars-shot”) it gives you an idea of just how much bigger this ICO got than even the founders expected.

Next Steps for Tezos

The ICO is the first step in making the Tezos vision a reality and the funds raised should allow them to realise the full dream reasonably quickly. Owing to the open source nature of blockchain technology, mistakes are made out in the open and new technologies can bake in deterrence mechanisms that impede re-entrancy bugs such as that which led to the DAO hack. I encourage you to read the Tezos overview and the StrangeLoop video to get the full in-depth plan as laid out by the founders.

Check out these jobs using Blockchain 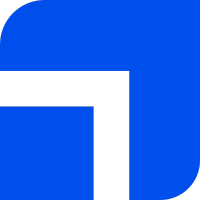